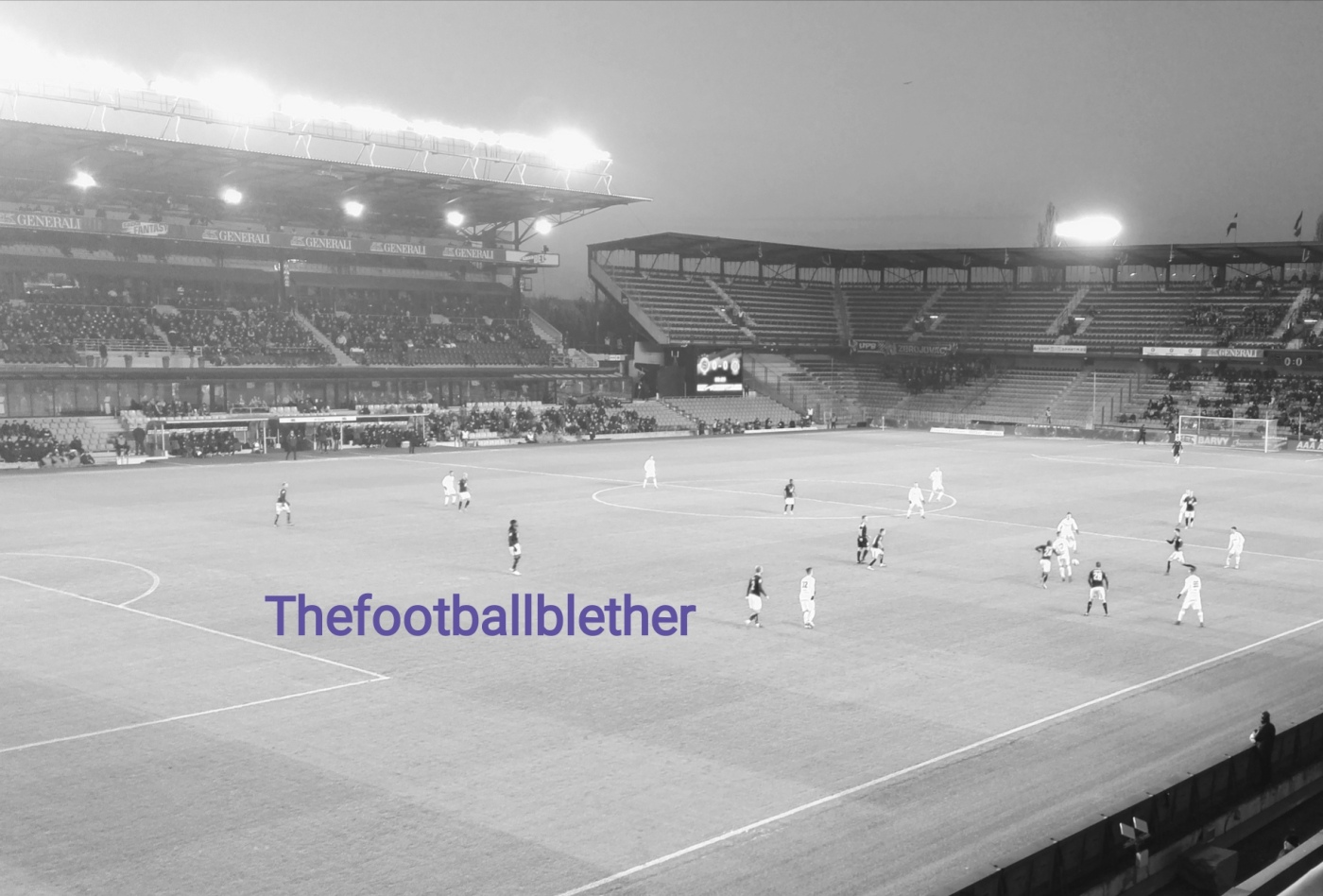 A common theme in recent times has been for commentators, players and football fans to look back with nostalgia, through rose tinted glasses, to the days when we were all young, playing football with our friends on the street, round the park or on a proper football pitch – both informally and formally. Many lament the drop off of this occurrence in the modern young, citing this as a factor in the reduction of talented, streetwise footballers in the professional game, particularly in Scotland. There’s been a fall off in street footballers, learning their trades in chaotic surrounds.

The notion and love of street footballers throughout history is derived from the cocky nature, the invention, skill and imagination these players have brought to the football pitch, skills honed through endless days and nights striving for status on the street, football played in crowded, tight spaces, dodging cars, obstacles, dogs, kerbs and bigger stronger kids to find space, perfect ball control skills and explore ways of winning the football match in which they are playing. These skills could be the twists, turns, lollipops, nutmegs and sombrero flicks or could simply be instantaneous close control an unerring accuracy, all of which are developed in rustic surrounds and nurtured then presented on the big stage, the professional game.

The image of this type of street football is often romanticised, the rags to riches story of the kid from the ghetto, favela or shanty town who against all odds but with a heavy dose of skill and magic takes all before them and reaches the top of the game.

While the above is perhaps a familiar tale, streetwise footballers can and have been bred and developed in a much wider range of environments. Whether these be the streets of the favelas, or in “Cryuff Courts” from The Netherlands, dusty urban recreational courts areas in Paris or even more standardised or purpose built football pitches, the result is often the same – inventive, innovative and magical footballers all with a streetwise nature, knowing how to win and doing so with no shortage of skill.

I would go further than just tagging street football with the romantic notion of a skillful player, full of flicks and tricks. I would say that the environment, the constant games and developing of skills would serve a far wider purpose in simply just developing key skills like ball control, accurate passing, heading, shooting and tackling. These aspects can be taught in a structured environment, in a structured association accredited or organised session, but like anything in life from studying to cooking, practicing or revising what one has learned out of structured hours very often leads to wider ranging benefits and results.

Growing up in Scotland, we made do with residential streets and park areas within housing estates within which we were able to hone our skills. That might be a game of “wally” where you have one or two touches with which to control and strike the ball against a pre-determined area of wall while also aiming to make your opponent have to work to do the same on their next turn. It could be a game of “cuppy” (sometimes called “Wembley” in other places) where one was required to play directly one-on-one against opponents, simultaneously developing skills in attacking, defending and importantly winning. Variations of games were also developed, “heads and volleys” played out, with the self explanatory rules concerning the skills required to score goals.

The key was actually being out playing. The main concern among the aforementioned commentators is the lack of kids out playing the above games in the first place.

This is something that I saw developing first hand even in my childhood in the late 90’s and early 2000’s. Computer games were just coming in, as was the old fashioned dial up internet – so we benefited from an admittedly reduced level of distraction, nonetheless however we were out kicking balls around, against the wall or with jumpers for goalposts throughout daylight hours with our friends and also in structured formal club or school environments.

As we grew older, distractions like school, work, music, romance, TV or computer games came and went but our love for playing football remained. There was a noticeable shift in attitude however. Formal leisure centre or rent-able astro pitches became available and all of a sudden persuaded many that it was only possible to play football in a formal setting, with “real goals” (and at a financial cost). I remember even at the time this being a source of annoyance, what was wrong with the park, with jumpers or traffic cones used as goals? It didn’t empty the piggy bank and could go on for as long or as shortly as you wanted, offering greater freedom and the challenge of, or need to adapt to the elements – the rain, the muddy pitch, the dust from the bare ground where the grass had been worn away. Many disagreed, felt strongly that organisation was needed – perhaps being victims of the culture of TV or Playstation football, played on perfect pitches where the pristine strips don’t get muddy – or perhaps just wishing for some order and refinement in the kickabout.

We managed to cling on to the informal, pitch based chaos of after school football for the years until we departed to work and university. But this didn’t last long – even my younger brothers, only a couple of years behind were pulled into the vacuum of “organised football only” and these days, with nieces and nephews growing up, there is a stark realisation that football is only played at designated “football training” or on a special occasion, maybe as an organised event at the sports centre at £7 a pop. The notion of football round the park, unsupervised, with no standard rules, made up or additional rules, no regulations, no set timeframe or proper goal posts is sneered at, viewed with scepticism or dismissed in favour of more comfortable, organised activities.

Societal change is a prominent driver here, we all have constant internet access, computer games, on demand TV, access to a wider range of sports and interests. These all compete with old fashioned games of football with friends – this is no bad thing necessarily, many will argue it is actually more beneficial to have a wider range of interests and to take part in a wider range of activities and this is something I am not going to contest, it does need to be acknowledged though.

The emphasis of football only being possible within structured surrounds is also more prominent these days, with modern housing developments not structured to allow areas of play or street football to take place, but instead to effectively maximise the number of houses that can be crammed into sites, with the only “open space” being left over strips of land or areas required for site drainage (if the developer hasn’t walked away without even providing and open space) and so generally inappropriate for games of football (or anything else). Blame will of course be attributed to Council’s and the like for allowing such things, but in reality the money and power of developers and chase for profit trumps and persuades those in charge that these crammed in housing developments are the way forward. The justification would be that there is a formal sports centre or school down the road.

Governments will have policies to support sport and recreation, be it through schools, compulsory PE lessons for an hour a week, or the development of leisure centres (perhaps not with recent cuts of course) but again these only allow for the structural elements of sport and recreation, organised football and don’t allow for the innovation and magic of the chaotic street, or informal football described above.

Likewise, football associations and clubs will host football training camps, sessions or activities (at a cost of course) offering expert training and coaching for interested kids. This will of course unearth some good players and ultimately, clubs will hope, lead to players being bred, coached and taught in a way where they may develop into a football asset for the first team.

The reality is however, that with only structured training, carried out in standardised facilities, at set times each week, all to create the appearance of a standardised stadium seen on TV or the Playstation, we end up with a limited pool of standardised footballers. No invention, no innovation, no ability to adapt to situations, no magical ability to turn something into nothing. Football should not be standardised, it is a game which needs innovation and skill – we don’t have a standardised game, the home team doesn’t always win 2-0, that’s just not football.

Innovation and a different approach is needed. We need to reconnect with the chaotic principles of streetwise football, teach players, develop skills, breed winners. As society adapts and grows, as interests become more diverse, our approach to facilitating the playing and enjoyment of the beautiful game must do so too. Bring back the chaos!!