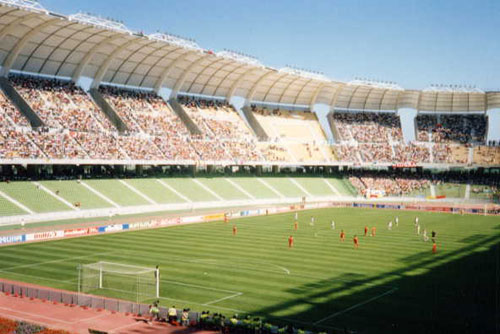 A story foretold. Of a young Scottish footballer who signs for a reputable European club only to make a handful of appearances from the bench before disappearing from the public eye and then, many months later, surfacing at some English lower division team or middling Scottish Premiership side some time later. Allan Johnston at Rennes, Iain Anderson at Toulouse, Mark Fotheringham at Freiburg, Tony Watt at Standard Liege. Of course, it is not just young players that have failed to make an impact on the continent, and Steven Fletcher at Marseille and Derek McInnes at Toulouse are just two examples of experienced players who failed to cut it in top European leagues.

There is an unquestionable gulf in the success rate of Scottish players going abroad compared to, say, Slovenian or Swiss players, the reasons for which doubtless include a failure to adapt culturally, socially and linguistically. Indeed, the most successful Scottish players on the continent in recent years have been John Collins at Monaco, Paul Lambert at Borussia Dortmund and Scott Booth at FC Twente (not forgetting Craig Brewster at Ionikos), all of whom understood that cultural integration was fundamental to them enjoying footballing success.

The international transferability of football skills, on the other hand, is a more complicated issue. Do the footballing traits of Scottish players make them less likely to succeed abroad than other nationalities? That question raised its head again this month following Liam Henderson’s decision to swap the East End of Glasgow for the olive-tree laden plateaus of Puglia in the south of Italy.

A slight yet energetic two-footed passer of the ball, Henderson made his debut for Celtic in 2014 at the age of 17. A year later, he went on loan to Rosenborg, making only a handful of appearances, before having his breakout season at Hibs in the 2015/16 season. Forming a fluid midfield four with John McGinn, Dylan McGeouch and Fraser Fyvie, he won over the Hibs support with his neat passing, high work rate and overall game intelligence.

However, it was his set-piece ability that would ultimately gain him iconic status at Easter Road. Left out of the Hibs side for the 2016 Scottish Cup Final as Alan Stubbs opted to withdraw a midfielder to accommodate an extra central defender, Henderson would have to wait until the 70th minute before stepping onto the Hampden Park turf. Ten minutes after coming on, his corner kick from the right-hand side picked out Anthony Stokes to level the match. He would repeat the trick in injury time as David Gray latched onto his delivery to clinch the Leith side’s first Scottish Cup victory in 114 years.

That was his last kick of the ball in Hibernian green and he headed back to his parent club that summer hoping to play his way into Brendan Rodgers’ new-look Celtic team. He would see limited game time over the course of the coming season, although he did come in for a handful of matches to replace Nir Bitton in Celtic’s midfield alongside Scott Brown and later got run-outs against St Johnstone and Motherwell in a more attacking role. This season, he had been unable to displace Stuart Armstrong, Olivier Ntcham or Callum McGregor in Rodgers’ midfield, with his participation being limited to a 23-minute stint against Dundee.

His lack of action at Celtic Park is not a great surprise when we consider that his playing characteristics were never really suited to the team’s actual match reality. Despite having a litheness and tidiness in his distribution that many Celtic supporters would identify as defining the quintessential Celtic player, he lacked the explosiveness, aggression and penalty box timing of his teammates McGregor, Brown and Armstrong. Indeed, Rodgers’ philosophy made ball retention a basic requirement of his players, meaning that Henderson’s safekeeping of possession could never be considered an “added value” as it had been at Hibs. Furthermore, the incisiveness and accurate weighting of his passes into the channels could not be exploited against Scottish Premiership opponents, with opposition teams tending to hold a deeper line that forced Celtic’s attacking players such as Scott Sinclair and James Forrest to receive the ball to feet rather than ask for it to be played in behind.

With no clear route into the Celtic starting eleven, Henderson headed to Bari on trial at the beginning of this January as they resumed training in preparation for a spring assault on promotion to Serie A. After impressive showings in friendlies against Serie C outfit Fidelis Andria (3-0) and fifth tier Vigor Trani (6-0), Bari were sufficiently convinced by the Scottish under-21 international for them ito ron out a deal with Celtic that would tie Henderson down to the club. Initially touted as a six-month loan deal followed by a free transfer at the end of the season, the Gazzetta dello Sport later revealed that Bari had purchased the midfielder outright for a fee of 100,000 euros, thus avoiding having to stump up a development fee of up to EUR 500,000 euros once his contract ran out in the summer.

Before prophesising on how successful the former Celtic midfielder will be on the Adriatic coast, we must first look at Liam Henderson’s arrival through the prism of Bari’s wider winter transfer activity and their season so far. Since taking over, manager Fabio Grosso – best known as a player for that semi-final winner against Germany as well as the winning penalty in the 2006 World Cup Final – has shifted his tactics from a 4-3-3 to a 3-5-2 and back again. The base of the midfield is occupied by Swiss-Albanian midfielder Migjen Basha, formerly of Torino, while converted fullback Andrés Tello, currently on loan from Juventus, holds down another central midfield slot, usually to his right.

With stop-gap midfielder Aniello Salzano expected to depart the club, Liam Henderson will be left to fight it out with Jacopo Petriccione, Simone Iocolano and Massimiliano Busellato for the last remaining central midfield position. The evergreen Franco Brienza will also be competing for minutes from the bench, while Grosso has also been working to shoehoen 22-year-old Dutch-Jamaican fullback Djavan Anderson into the team as an additional central midfielder, albeit with limited success so far. A further obstacle to Henderson’s involvement could come in the shape of Benevento’s Ledian Memushaj and Verona’s Marco Fossati, both of whom have been linked with the Galletti in recent days, and who would doubtless muscle themselves into the starting eleven from the moment they arrive.

Bari’s defence will be newly marshalled by on-loan Bologna centre back Marios Oikonomou. Width is offered by fullbacks Salvatore d’Elia and Stefano Sabelli. And Riccardo Improta and local boy Cristian Galano give pace and skill to the side. With the quality of squad at their disposal, Bari remain among the favourites to make a return to Serie A and would be well placed to remain there but for the lack of a reliable centre forward.

Even if Liam Henderson does not immediately win the battle for game time, his traits would seem to suit this Bari side. Having unconvincingly been tested as a deep-lying regista in his first friendly run-out, his plaudits have come while fulfilling a left-central midfield spot in which he is expected – when in possession – to keep the ball moving, cover for d’Elia’s darts forward from left-back and, where possible, provide balls in behind the opposition right back for Improta to run onto. However, it is in the defensive phase that Grosso will ask Henderson to contribute most.

It may sound cliché, but Scottish footballers are most highly valued abroad for their hardworking attitude and determination. These are all characteristics that were shared by Lambert, Collins, Booth and Brewster in their successful spells abroad. On the other hand, work rate and resolve are not traits you would immediately associate with fellow emigrés Mark Fotheringham, Tony Watt and Iain Anderson.

In Italian football particularly, footballers tend to be classed into two groups. Those that have qualitá (good technique and vision) and those that have quantitá (high energy and dedication). If we take Milan’s Champions League winning side of 2007, for example, Nesta, Maldini, Pirlo, Seedorf and Kaká would be regarded as having the former, whereas Oddo, Jankulovski, Gattuso, Ambrosini and Inzaghi would be placed in the latter camp. Of course, it is necessary to have a certain degree of both to play at the highest level, but it is rare for a player to be considered to possess qualitá and quantitá in equal abundance (Paolo Maldini may be the exception here).

From this perspective, many Scottish players who have been technically gifted within the confines of their own domestic league have found themselves to be perceived differently as soon as they have moved abroad. Rather than players that provide their team with qualitá, their new foreign patrons and coaches have tended to view these Scottish imports as players who merely satisfy the minimum technical level required to operate in their new surroundings, and instead cast a wistful eye on the vast amounts of quantitá that their new charges are able to bring over from the Scottish game.

The most obvious, and recent, case of this phenomenon surrounded Ryan Gauld’s much-heralded move from Dundee United to Sporting Lisbon in 2014. At the age of 18, Gauld left the Arabs for Portugal as an attacking midfield playmaker with a reputation for defence-splitting passes and exceptional off-the-ball movement. Or at least, for passes that split Scottish defences and movement that sparked disarray among Scottish Premiership defences. Having left Scotland as the country’s great hope to wear the national team’s number 10 shirt for the years to come, he was informed shortly after arriving in Lisbon that he would instead be groomed as a “número 8” in the Adrien Silva mould, which is to say in a deeper, less creative role more akin to that of a box-to-box midfielder. Gauld would be asked to provide quantitá over qualitá.

Where Liam Henderson’s Italian career is concerned, the fact that Gauld’s career is yet to take off in Portugal should not be taken as a warning sign that technically gifted Scottish footballers are not cut out for the European game, but should rather be taken as a marker for how Grosso might wish to use him to develop his midfield. Although lacking the presence and drive that would allow him to commandeer a position in a central midfield twosome, at least for now, Henderson does possess a level of energy and bedevilment that would enable him to effectively execute the high press in a midfield three, as has been demanded by Grosso since he took the reins at San Nicola. Again, that means quantitá over qualitá. Or Ambrosini over Seedorf.

Although Bari’s supporters are keen to get a glimpse of him in competitive action, Grosso appearsin no rush to bring him into the fold. Having been left out of the squad for last Saturday’s 1-1 draw away to Cesena, reportedly so that he could finalise the personal and logistical aspects of his move, it seems likely that he will be introduced gradually over the next weeks and months, at least until he can convince his manager that he has a firm grasp of the tactical system deployed at San Nicola. After that, it will be up to Henderson to prove that he can be the match of Collins, Lambert and Brewster on a mental level by taking the off-field side of his game seriously before staking a strong claim for minutes in the tail end of this season’s Serie B and – if all goes to plan for the Biancorossi – in next season’s Serie A.