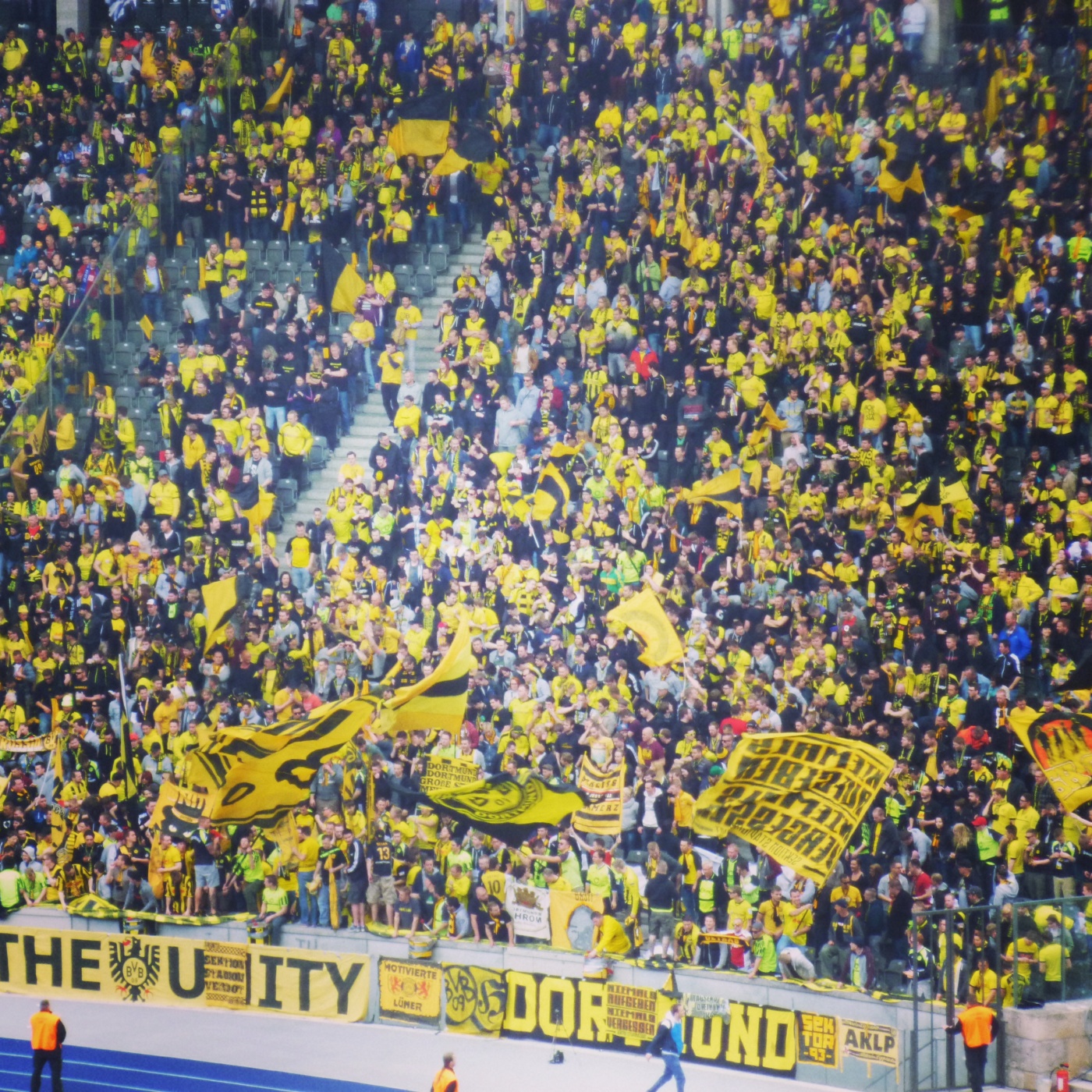 Since roughly 2001, as a fresh/acne faced teenager I have been making the trip to Hampden Park for Scotland home games. Initially with a large group of friends, taking the train through, blagging our way into Vicky Wine for a few cheeky pre-match cans and revelling in being part of the “Tartan Army” with all the fun, sing songs, camaraderie and enjoyment that came with that.

As football fans, all with differing club allegiances Scotland games were an opportunity to come together and be part of a tribal, common cause as we supported Scotland and laughed, cried, hoped and despaired throughout numerous failed qualification campaigns.

Initially pooling our money and purchasing supermarket family tickets, with average prices well below £10 per head, but less choice in where to sit, we joined the official Supporters Club as soon as we were old enough. Membership of the Supporters Club gave us access to guaranteed Home Match tickets as well as the chance to attend away games.

Away games amplified the enjoyment, we travelled to France, Italy, Holland, Belgium Spain, Lithuania, Czech Republic, Norway, Iceland and many others to follow Scotland. The camaraderie enjoyed between fans was enhanced, both among ourselves as a group but also with our fellow Tartan Army footsoldiers. We got to enjoy different cultures, despite dressing like extras from Braveheart, there was always a willingness to enjoy the more refined, cultural aspects of whatever city we were in – visiting landmarks, speaking to locals in their language, drinking beers and coffees in picturesque, cosmopolitan squares. Away games are a great experience – even if the expected defeat in the actual game proves to be but a two hour blip on an otherwise enjoyable trip.

Since that time, as career and life paths have diverged, the group of friends attending matches has dwindled somewhat, with a small, overly stubborn, core remaining and meeting up every few months to attend games at Hampden. This has evolved over the years from the tribal aspect of supporting the side, turning up like Romans to a battle with fresh haircuts and dressed to our best – with new Scotland tops being our regalia. It has turned into a far more social aspect, meeting up for a couple of beers and a spot of lunch prior to the game, catching up on work, wives and girlfriends with the backdrop of the game providing merely an excuse to see each other. Attendance at away games has also reduced, as budgets and expenses are used up on trips or commitments with family instead.

Perhaps as a result of these early away games, sampling culture, speaking different languages, meeting new people, watching a different style of football and visiting lots of new countries, a bit of a “travel bug” did develop. This is of course perhaps due to getting a bit older and horizons opening beyond the boundaries of the commuter town of home, but sampling and enjoying different countries, and football in different countries is definitely something that I am keen to experience more of – all within my annual work holiday allowance and budgetary constraints, with a mortgage, bills and a wife to spend on first of course.

Since the point where we first started attending games, as above where money could be pooled and family tickets split between a group for less than £10 a head, the prices and costs of watching Scotland have escalated. Now, part of this increase in costs has been self inflicted – moving further away from Hampden meaning longer train journeys and the need for hotel or alternative accommodation. Part of the reason has also been the UEFA “Weekend of Football” forcing travel on Thursday or Sunday nights as opposed to being able to watch Scotland regularly on a Saturday afternoon. The added inconvenience of the timing of the games is compounded by the seemingly ever increasing costs of tickets. Games against minnows are priced within touching distance of £20 while games against bigger sides are marketed for as much as £60. Being part of the Supporters Club, or paying to be part of the Supporters Club and buying a “Season Ticket” package does allow for first dibs on seats and a small discount on prices, but as above this is a privilege that is of course paid for.

There was outcry a few years ago at further price hikes for an upcoming campaign, with the primary justification from the Governing body being that prices north of £35 were the “going rate” for an evening out – you would expect to pay the same for a top concert, the theatre or another such experience. The merits of this argument have been discussed and analysed by many more knowledgeable than myself previously – whether you can compare football to these events, whether you should compare football to these events, whether football is guaranteed to entertain like a top musician would or indeed whether the Scottish Football Association (SFA) should be looking to price “competitively” and make a profit rather than facilitating fan enjoyment and attendance are all core arguments.

The above is a discussion which could roll on and on. At this transition period for Scotland, between qualifying campaigns, between managers, a point where a large proportion of the squad is expected to be turned over and also at this point where Supporters Club membership renewals are being prepared, a degree of thought and reflection is required. And herein lies the dilemma.

Without knowing the proposed prices of Supporters Club membership or tickets for forthcoming qualification games (both in groups and the new UEFA Nations League format) at the time of writing, I am of course going to make a lot of assumptions – based on the pricing structure from previous campaigns.

Taking the Membership fee of around £40-50 for the campaign, so roughly £5 per game, then an average ticket price of somewhere around £35, we are looking at around £40 for the privilege of attending a game. Add to this money for some (civilised) food and drink, say £50 or so, plus a hotel (Premier Inn or Similar) for around £40-60 and then train tickets – this depends when you book of course but if we average it out for around £40 from the north of Scotland then that’s probably fair. In total therefore, per game we are looking at a total cost of somewhere in the region of £180 or thereabouts (albeit split over a few paydays as tickets, trains, hotels etc are booked at different points leading up to the day).

Many of us have other commitments, financial or otherwise, beyond football and beyond Scotland games. As such, spending money wisely and making best use of it to get a football fix is an important factor. With my love of travelling, fondness for European football as well as the presence of good friends living in European cities however – switching Scotland games for European trips is a real dilemma and difficult decision I’m having to make.

Taking a cold, hard financial decision, the prices are probably comparable. Planning ahead and travelling on less popular weekends to European football, be it in Germany, Holland, France or Czech Republic, cheap or affordable flights are widely available – depending on airlines and airports these can range from £50-£150 return. Hotels or apartments in cities – on random weekends, where demand is not affected by many other Scotland fans looking for hotels, can be picked up for around £20 per night. Ticket prices in many European Countries are also very very reasonably priced – starting at around £5 and moving up to around £30. Add in a few local beers or cuisine and you are looking at the same ballpark cost for a weekend away watching football – just in Prague or Paris rather than Glasgow.

From experience, games in Europe involve an enhanced fan experience with fan zones, great selections of food and drink, exemplary public transport and of course the cultural aspects of whichever city you end up in.

The crux of the dilemma is therefore more on the emotional side. As above, I have been attending Scotland games for a number of years and of course have a strong emotional attachment. Attending games, kicking every ball and going absolutely ballistic when Scotland score are traits which help to define me and my experience, so giving this up would be a real wretch. At the same time though, the constant disappointment and growing infrequency of success or memorable performances, as well as the ever rising prices mean that the value of the day and experience always seems to be diminishing.

It is a big decision to make, is my money better spent visiting different countries and watching different, perhaps more enjoyable – albeit less emotionally involved football? Would the cultural experience, foreign food and drink, catching up with further flung friends and most probably enhanced fan experience at a game in Europe outweigh the ties to Scotland games? It is a difficult question to answer and a dilemma which requires a great deal of thought. The SFA could of course help greatly with reduced ticket prices, further subsidised train travel, exerting more influence for Saturday games or establishing the foundations for a winning team – but as a fan and clearly in the SFA’s eyes a consumer, I need to look at where the best value and footballing experience lies.

For more thoughts on European or Scottish Football, please check out;

All Aboard the 09.17 from Berlin ; Tactical (r)evolution and a Cultured Football trip to Warsaw ; Scottish football – A fan’s rose tinted base case

6 thoughts on “The Supporter’s Dilemma”